We stood in an awkward silence after Minho mentioned that one of the students may be the killer, I don’t know if these two people I’m with is suspecting each other or suspecting me since the two of them just kept eyeing each other and then turning their gaze to me.

“What?” I asked, confused on why they’re looking at me like they suspect that I’m the killer.

“No. Nothing.” Fei cleared her throat before sitting back on the bench and crossing her arms.

“We should go to the the security room unseen, it’s much safer there and we can monitor everyone’s actions.” Minho suggested, as he stood up and preparing himself to walk outside by grabbing the door handle.

“Woah woah wait.” Fei stopped him from completely opening the door. “Why are we going there anyway?” She asked the question I was about to ask too.

“Duh, to investigate” He said before opening the door and walking outside calmly.

“What the heck, Minho?” I raised my voice a little bit from his stupid idea. “We’re trying to survive here, and we can only do that by not being Sherlock Holmes.” I pointed out as I watch Fei pull him back in and closed the door again.

“Then stay here if you want, soon enough the killer would arrive here since he or she probably checks every room, not leaving a single person breathing.” He rolled his eyes at us, he does make a point so I guess his idea of going to the security room is not that bad but the only problem is how are we gonna get there without meeting the killer on our way there?

I was about to ask how but Fei interjected making me just shut my mouth and keep that question to myself. I’m sure going there with complete silence would do the trick of not getting found.

“Fine.” Fei lifted her arms in mock defeat, she walked back towards the door. “Lead the way.” She eyed Minho, opening the door for him.

He smiled at us as if to say finally you’ve come to your senses, but I was just starting to get a really bad feeling about this.

In the end, we both followed him since we feared that the killer would find us here, he does make a point even if I hate to admit it.

“Keep your mouth shut as much as possible, you don’t want to be dead in less than a minute because of your loud mouth and we should also split up, walking in numbers is a bad idea.” He whispered as we crouch in the hallway walking like crabs but I stopped from walking and squinted my eyes at him. 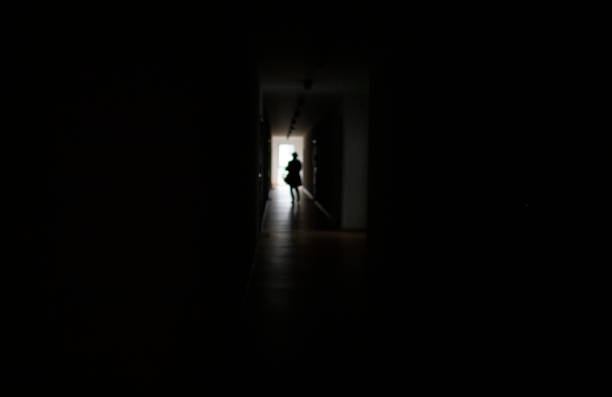 “Split up? The f–k you mean split up? Are we now imitating Scooby doo or something?” I whispered and both of them looked at me.

“What do you mean?” Fei asked, pulling me down back to crouch on the floor with them.

“You know what that means right Fei? that means Minho is the effing killer trying, to split us up so he could kill us one by one”

I wasn’t thinking straight at this moment, I’ve become paranoid from seeing some ugly shits in this school and also knowing that one of us is the killer. Who knows if this freak Minho is the one behind this, I don’t even barely talk to him at class and now he’s acting like we are close friends by telling us to be safe in the security room?

“Ugh. I think you’re misunderstanding something.” Minho sighed “Fine, let’s go together, don’t blame me if we’ve been found” He sighed, continuing to walk or like walking there like a penguin since we’re crouching.

We passed by the hallway of the 1st building in the 2nd floor not saying a word to each other, we have this feeling that if one of us talk or make a sound, the killer would pop out and bash our heads off and we don’t want that to happen so that’s why.

While making our way to the said destination, I can’t help but not to notice the students at the hallway…

Which of course is lifeless and was just dumped here at the hallway.

“Did you hear something?” Fei whispered from behind me, and I just shrugged.

“It’s probably the sound of the killer trailing us from behind.” I whispered back, still crouching and staring at Minho’s back who is currently leading the way………

We wanna hear from you all, write a comment below!