As I lay there at the concrete ground, I can sense footsteps coming over to my direction. I drifted my head to whoever is walking and saw a person walking and stopping as soon as they’re in front of me.

“Good, you’re still alive” I heard a laugh coming from her.

My vision was beginning to blur so I wasn’t able to take a definite look at her face but I still know who she is.

I felt her tugging my feet and lifting it up, the next thing I know is that I was being jerked along the ground by my legs like a heavy sack of rocks, leaving behind a trail of blood coming from my head. I could feel every step the person took vibrate across my injured body, but I couldn’t do anything to escape, I could no longer move of my own accord.

We finally went inside the school building, leaving behind the dreadful storm, but it’s nothing different. I was still being dragged, inch by inch, across this filthy floor. 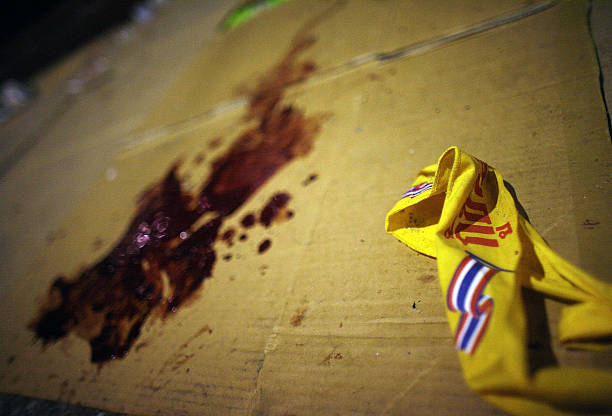 I can’t move anymore, so I lay there on my back staring at the ceiling. The closed lights on the ceiling spinning, moving in and out of one another. Alternating between hazy and distinct and forming spiral patterns in my eyelids.

But then, after for what seems like an hour to me, whoever is dragging me eventually stopped, threw me down inside a certain room and I rolled hard onto my face.

I got a glimpse of the dark room and somehow, I saw other people there. Hanging on the wall with their hands tied with a rope.

I didn’t get to scan the place completely as I was pulled up swiftly by my hair and placed on a chair harshly as if I’m nothing more than a rag doll.

“Ahh!” I screamed in pain, feeling my completely twisted body gets more twisted as I landed on the chair.

“Shh shh.” The person hushed me as I felt a blindfold wrapping around my eyes and ropes being tied down on my arm and legs. I totally can’t move anymore. 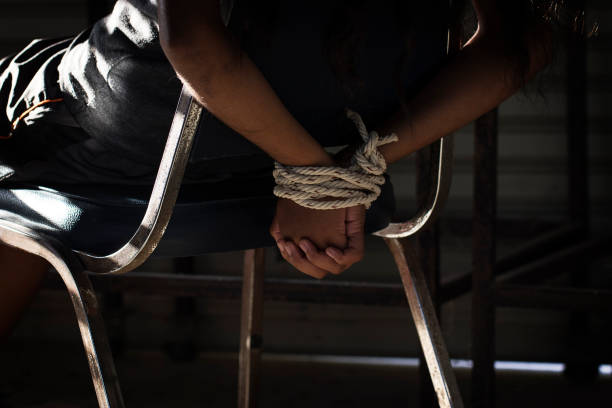 “Now then… let’s do this slowly so you can feel every pain inching in your body shall we?” I heard a sound of something sharp coming from somewhere and the next thing I know is that I was being sliced on my legs.

I don’t have energy left in my body so no scream escaped my mouth as the sharp things made its way through my flesh.

I just sat there and accepted my death wholeheartedly, I deserve this anyway…

I have sinned a lot that I can’t even count it in my two hands.

I don’t want to die yet without saying anything to this b—–d so in my one last breath, I mustered up all my remaining strength and said the words in a soft voice.

Before my eyes completely darkened, and I felt my body become lighter to the point that I fell that I was floating.

Well… this is goodbye for me.

“Awww.” I said in dismay as I felt that my victim isn’t breathing anymore “You died so quickly, I’m not even finished with you.”

I stood in front of her, watching her miserable state that I can’t help but to smile at this sight. “Well anyway, you fell down from the second floor so it’s okay.” I smiled, placing the sharp knife I got from Lia on the table besides the chair where she’s at and began to untie the ropes and blindfold from her.

“Mmn” I heard from her mouth, I looked closely to her face and saw that she was still alive.

Immediately i went for the knife besides her, but before I could even reach it, she grabbed it before me and jabbed my stomach with it.

“Ouch.” I said in a screechy voice as I step back from her, she was still on the chair since she can’t stand or walk with that body of hers but she still gripped on the knife as if her life depends on it.

“Ha…haha” She even managed to choke out a laugh as she watched me bleed. “If I’m gonna die now… I’ll take you with me.” She said pointing the knife at me.

She looked as if she can easily kill me, what an idiot…

“Really? You think you can kill me huh…” a laugh escaped my lips as I looked down on my wounded stomach. The wound is definitely deep and might have injured one of my internal organs but I can’t feel any pain or anything at all.

I asked with a calm smile, and she was scared and confused at the same time on why I was still standing straight even though I have a non stop bleeding wound on my stomach.

“Wha…what?” Confusion was spinning in her eyes as she watch me walk back to her direction. “Ugh.” She groaned as I wrapped my hands along her neck, squeezing it throughly to the point that blood gushed out of her mouth.

She trembled violently, trying to push my hands away from her neck but she’s weak, and I’m far more stronger than her.

After a while, she stopped from moving, her hands falling down from my arms and her eyes froze in place while staring at me full of hate.

I let go of her and breathed out, pulling her body off the chair and tying her hands with a rope, hanging her helpless body on the wall together with everyone else. I’m sure all of them are burning in hell right now, since all these people are far more worse than me.

It’s great that I got rid of the other students, if they were still alive they’d be here watching this scene and taking a video of it, posting it on their social media accounts or whatever.

Anyway, I dont care. Since Jina is already dead, might as well go look for the next one.

But seriously, this girl sure is a pain in the neck, even managed to stab me before dying.

Not that I care, no one can kill me no matter what they do.