My body shuddered, telling me that I will be sent to another scene that happened in Yooma’s life, I ended up in a different place with a different atmosphere from before.

It was in an abandoned warehouse, and I saw those guys with Yoo ma a while ago.

“Fei should not know about this or else we won’t get our money” a guy said pacing back and fourth rapidly.

“Hey! Im gonna-” he got interrupted as the huge door bursted wide open to see a soaked girl in the rain.

“Hey there little girl” a guy walked near to that girl “Its cold outside, why dont you come in and play for a while” the guy touched the girl’s shoulder

“Why are you so freezing cold? Are you already dead or something?” He jokingly said, patting the girl’s shoulder but he didn’t hear any response from the girl.

He took a closer look at the girl’s face and plastered on his face was a shocked expression.

“Aren’t you the girl a while ago?” He stuttered, taking a step away. “Yooma?”

“What are you talking about?” Another guy walked near her in a cocky way. “She’s already dea-” He stopped as he saw her face.

The girl looked at them with red glowing eyes and smiled before saying. 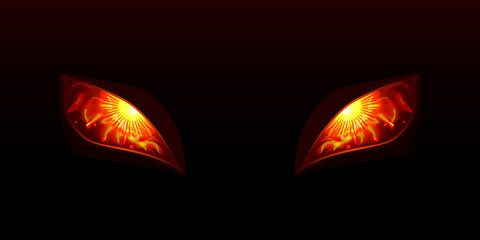 My body shivered again signalling me that another scene will occur. The place became blurry again and the next thing I know is that im inside a house.

Sitting across me is a guy wearing a uniform for a cop, drinking a cup of coffee and a woman cooking in the kitchen.

“The storm is getting strong, where did that girl went this time?” The woman which I believe is the mother of this house said nervously.

And as the woman opened her mouth to talk, the door suddenly opened and they saw that girl covered in blood.

“Yoo ma!” Her mother rushed to her carrying a towel and started to wipe away the blood releasing an unexpected smell.

“What did you do?!” Her Dad asked, standing up and closing the door, making sure no one sees her daughter covered in blood.

“I killed them.” she said bluntly not caring of what their reaction is.

“I need to do something to cover this up.” Her father said and I saw a change of reaction in Yooma’s eyes.

“Does the cops always cover crimes of others?” She asked coldly “Did you all said that Young ji’s death is just a suicide just to cover somebody else’s crime?!” She suddenly got mad, plowing through the furnitured as she stormed upstairs to her room and slammed the door which created an echo.

“That girl! At least thank me for not letting you rot in jail!” The police yelled angrily, stomping his foot while pacing back and forth.

Her parents started to argue about Yooma’s behaviour. So i went into her room, I easily walked through the locked door, because I’m not part of this world and can pass through anything.

I saw Yooma talking to herself in front of a mirror, her eyes glaring daggers and tears falling.

“Don’t worry Youngji” She mumbled, gripping in her hands a picture of them together, Yoo ma and Young ji. Written behind the photograph is

“I’ll avenge your death, They will suffer just the way we did” she looked at her hands, emitting a vague red light.

“With this power, I can easily avenge your death.”

I stared at her, horrified by her every actions. She was just a normal student back then, a responsible student who aced all the exams and is everyone’s favorite student.

But she changed because of how cruel the society works……..