I have been wandering aimlessly around this world, it doesn’t even look like a world to me. This place looked like an unfinished painting, the edges melting and falling to pieces. The only definite scene is the place where Yooma lives at, her house. The only house visible and clear since the other buildings in the neighborhood were swirly and blurred.

I know that something seems odd about the house, almost telling me to not enter since I may have to witness something I cannot erase from my memory. But I have to know for myself what had happened to Yooma. I already know that she’s dead, but came back as another creature. I also do know that she massacred the guys working for Fei, and her parents were not happy about it, I mean. . . no one would be happy learning that their daughter single-handedly killed a group of grown up men.

Mustering all my remaining strength, I picked up my pace and walked towards the main door. My translucent body completely passing through the solid wood and entered, revealing her father drinking a cup of coffee at the dining table, while Yooma just arrived in the scene from her room upstairs.

“Did you packed your bags yet?” Her father casually asked, covering his face with newspapers and began to read. “You should be at the airport at 6 in the evening. As soon as you got the things you needed at school, be sure to contact me to pick you up.”

Yooma slightly nodded at him, although annoyance was written on her face. She went to the kitchen and grabbed a glass of water, staring cautiously at his unsuspecting father.

“. . .what?” I asked myself in whirl of confusions, not knowing that Yooma was supposed to be at the airport today, attempting to leave the country is something I never heard of from her.

“The investigations are almost finished, my colleagues will eventually know that you’re the one behind all that.” His father continued, instantly making me know his intentions. He plans to throw Yooma in some country to escape the possibility of rotting in jail, and to possibly keep his name clear and undamaged from the acts of her daughter.

“Where did mom keep all the plastic bags?” Yooma interjected, obviously not listening to her father’s instructions. I walked to her direction, behind the counter as I watch her fumbling around it in search for the plastic bags.

Her father grunted and peeked an eye over the newspaper he was holding, staring at Yooma. “It’s under the kitchen sink.” He resumed in reading.

Yooma crouched down in front of the two handles of the small cabinet door, putting both her hand on it before pulling to open it. My feet trembled, almost making me fall on the ground but I immediately placed my hands on the table to support my weight. My eyes were wide and I swear it almost shed a tear, a tear of both agony and dread.

What lies inside the small cabinet, was a corpse of a woman. Forcibly curled to form a ball so it could fit inside the small space. Her eyes were opened widely, almost as if she died with the emotion of shock. Her skin was white, pale and bluish as if all the life in her was completely s—-d and drained.

Yooma, however, did not look surprised nor scared. Instead, she slightly pushed the body away to retrieve the pile of plastic bags behind it.

While watching her leisurely rolling the bags thinly, a quick flash of memory passed through my eyes, completely leading me to another scene. It was night time outside, and her father just arrived from work, walking through the door. While Yooma was sitting on the couch and was reading quietly, silence overwhelmed the whole house.

“Is your mother asleep already?” Her father asked as he headed straight to the kitchen and stood beside the kitchen counter, where the body was hidden in a brutal way.

“Yes about an hour ago. . .” She replied, keeping a hawk eye on the man who was just meters away from the dead body.

A small smirk tugged on her lips as her unsuspecting father walked pass it, not even noticing the putrid smell it gives out.

My head felt painful all of a sudden, slowly sinking all the scenarios into my puzzled mind. She killed her mother, or worse, consumed her soul. But why didn’t she kill her father as well if she’s so worried that he might find the corpse.

The flash of scene suddenly melted away as seconds passed, revealing me back to the place I was once, behind the counter, Yooma still rolling the plastic bags and her father reading a newspaper with a cup of coffee besides him.

Yooma began walking towards the door, grabbing her backpack and putting her shoes on. “Dad, I baked cupcakes for you and your co-workers.” She said, taking a glimpse of him behind her shoulder. Her hand resting on the doorknob as she waited for his father’s reply.

“Ah thanks, I’ll make sure to give it to them.” He replied, earning a menacing grin from Yooma but he was too occupied in reading that he wasn’t able to witness her daughter’s ominous expression from his reply of giving the baked delicacies to her office mates.

She exited the house, and not a moment too soon, I felt a shaking s£nsat!on and the whole house began melting away as well. But I remained the only thing that didn’t falter, the next thing I know is that I’m in a wide plain field, the floor green from the excessive grasses that encompasses the whole place.

Small and curved stones arranged sporadically in an array, made me realize that I was, no doubt, in a cemetery.

I darted my eyes from side to side before spotting Yooma standing infront of a certain stone that looked like it hasn’t been cleaned up for a lot of while with the mosses and plants enveloping it.

I walked to her direction, the blurred scene slowly becoming clearer as I neared her location. I stopped as I stood behind her, glancing at the stone that bore the name of Park Youngji.

“You don’t have to worry that much, It’ll be over tonight.” Yooma spoke as she stare at the engraved name. “I’ll avenge your miserable death. . . I’ll make them suffer like what they did to you. . .” She stopped for a moment, wiping her eyes before it form any tears.

“At least let me redeem my position as your friend. . .” She smiled, lifting the corner of her lips to form a smile.

“By killing those who resented you. . .”

Yooma took one long glance at the stone before turning away, walking in a slow pace. She went further and further until her figure completely melted away as she reached the drifting edges of this memory.

I turned back at the stone where Youngji was buried beneath, but was instead faced to faced with a faded, almost glowing figure of her standing in front of me.

My jaw dropped, noticing that she was staring at me and is aware of my presence. I am certain that no one in this place can see me, but she was directly staring at my eyes. 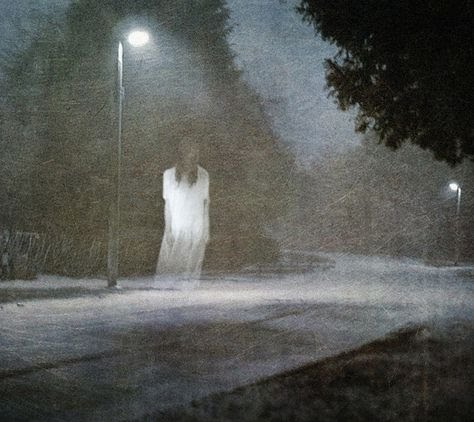 I looked for a word to say, my mouth trembling and instead formed undefined words. But before I could even speak of something understandable, Youngji interjected with her soft yet mournful voice.

“Please. . . Stop her.” She begged, a tear rolling in her eyes, pleading to me with utmost sincerity.

She glanced at the sky, noticing that it was slowly melting away and disappearing made her realize that her remaining time to speak to me will be over in just a second.

The whole place crumbled, I can almost feel a shaking motion from the ground but Youngji remained still and steady at her spot, half of her body also crumbling and melting away with the scene.

“. . . heart.” She uttered with a concerned look before all of her body disappeared, leaving me in a void and dark place, only my body is present in here.

I widened my eyes at the realization that had come upon me. Yooma was the one behind everything, she’s the reason why there was an unexpected storm causing us to be trapped in the school. Why despite the numerous calls we made to the police station, no one came to help us. Why Youngji appeared, to stop her from her actions.

Everything made sense now, my mind that was once in a whirl of confusion became clear. I finally understood what I had to do to escape this nightmare.

And that is to kill Yooma……